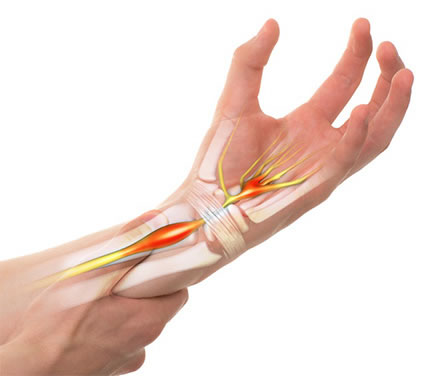 How do you get carpal tunnel?

Symptoms of Carpal Tunnel Syndrome include weakness, numbness, tingling sensation and other problems in the hand. Some people may experience pain in the arm between the elbow and hand, in half of the ring finger, middle finger, index finger and the thumb. If the little finger has no pain then it could be an indication of Carpal Tunnel Syndrome. The little finger is given a feeling of sense by a different nerve.

Diagnosis of Carpal Tunnel Syndrome is done by the doctor with analysis about any kind of hurt to the neck, arm or wrist recently, daily routine and activities followed. Besides this the doctor also checks out appearance, strength and feeling of the hands, wrists, shoulders and neck. Nerve tests and blood tests may also be suggested by the doctor.

How do you relieve carpal tunnel?

Carpal Tunnel Syndrome treatment includes home care, stopping activities that cause pain and numbness, providing rest to the wrist between activities, applying ice for around 10 minutes once or twice every hour, wearing a wrist splint during night time. To reduce swelling and relive pain, non steroidal anti inflammatory drugs are also administered. Chances of stopping symptoms are better if treatment is given sooner and in the process, the nerve is prevented for getting damaged over the long term. If symptoms are very bad then the next option is surgery after which for several weeks to months, the patient is advised to give the wrist, complete rest. After treatment the patient is advise to take good care of hands and wrists by using whole hand for holding objects and not just finger, keeping the wrist in neutral position, switching hands while repeating movements and relaxing shoulders when arms are at the sides.