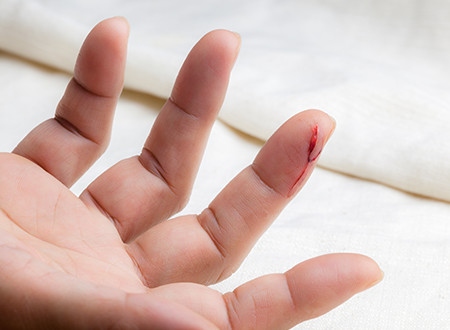 How do you get a tetanus infection?

Tetanus also termed as Lockjaw is a serious infection caused by bacteria called Clostridium Tetani. Spores of the bacteria are found in animal droppings, dirt and dust. It is through deep wounds and cuts that the bacteria enters the bloodstream thus infecting the person. Tetanospasmin is a toxin produced when the bacteria spreads to the central nervous system, blocking the nerve signals from the spinal cord to the muscles. It tightens body muscles and affects the nervous system. The disease is called Lockjaw as it often causes infection and contractions in the neck and jaw and eventually spreads to other body parts.  Without treatment the disease is life-threatening and can be fatal in 10-20 percent infection cases.

Where does tetanus live??

The disease has been associated with insect and animal bites, burns, chronic infections and sores, wounds contaminated with saliva, feces or dirt, puncture wounds caused from drug injection use, tattooing or piercings and dental infections.

How is tetanus transmitted to humans?

Tetanus is not contagious but common in damp and hot climates with densely populated regions. Symptoms of Tetanus include stiffness in muscles present in the neck, jaw, back, chest and abdomen. It could cause difficulty in swallowing, high blood pressure, fast heart rate, sweating and fever.

Once the person is exposed to the bacteria, its incubation period is between 9-21 days. However within 14 days of initial infection, the symptoms start appearing. If the infection occurs faster the outcome could be severe or worse.

Diagnosis is done by the doctor by physically examining the painful spasms and muscle stiffness. Lab tests may be performed to rule out other bacterial infection. Immunization history is also checked to check out if the person has not been immunized or if a booster shot is overdue.

Depending upon severity of symptoms, treatment is given. A tetanus antitoxin injection and a course of antibiotics are given to the person infected by Tetanus.  For sedation purposes a short-acting barbiturate may be given. Besides this to control spasms in the muscles, medications like diazepam or chlorpromazine are also given to the patient.

Immediate treatment is necessary in case of a medical emergency. A vaccine or Tetanus Booster shots are necessary every ten years so that immunity against the disease is ensured.  The vaccine is available easily. Immunization program has to be strong in countries to prevent the Tetanus.