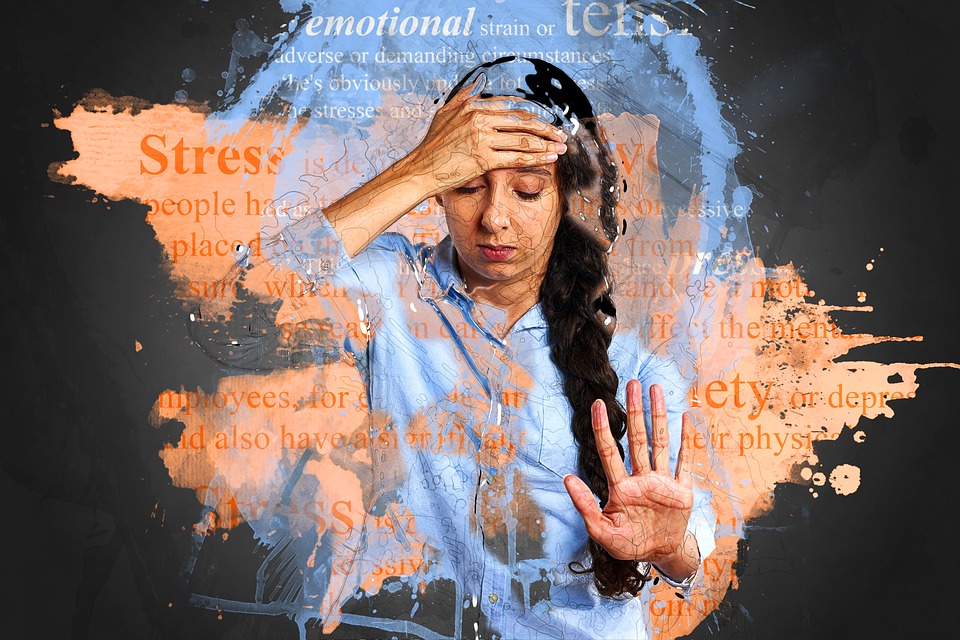 Signs That Your Fear of Failure is Not Normal: This article is shared with permission from our friends at Doctors Health Press.

Disclaimer: Results are not guaranteed*** and may vary from person to person***.

It’s probably safe to say that we’ve all had a fear of failing at one point or another. Maybe it was before a big test at school or before you went to a very important job interview.

Regardless, there’s a good chance that the feeling eventually went away. It might have taken a couple of days, but you eventually got over it, or you realized that there was no reason to be worried about failure.

Unfortunately, for some people, there is no choice but to think about it, as they are stuck in a cycle that revolves around a fear of failure. Those people suffer from atychiphobia.

In this article, we will take a look at atychiphobia. From the atychiphobia definition to atychiphobia symptoms and atychiphobia treatment, we’ll discuss what a true fear of failure is, and hopefully suggest some ways that you may be able to find treatment.
What Is Atychiphobia?

A person suffering from atychiphobia may avoid failure at all costs but can come out in a variety of ways. For example, if it were to involve going for a job interview, a person with atychiphobia may not go to the job interview at all due to the fear of failing. Or, that person might go to the interview completely over-prepared, and they’ll show up an hour early, with a full presentation on why they should get the job when a presentation is not needed. It is incredibly mentally taxing and can cause issues in many aspects of the sufferer’s life.

But what causes this horrible fear of failure? Are there specific causes of this condition?
Atychiphobia Causes

What causes a fear of failure? Although it’s such a simple question, the answer isn’t as simple. There is some science that suggests it may be the result of some malfunctions in the brain itself; however, more research is required in this area.

Atychiphobia is often the result of life experiences that cause a deep-rooted thought that the worst thing you can do is fail. It could have been a traumatic event or something incredibly embarrassing. It may even be a small thing that you considered a failure in childhood, or perhaps your parents were overly demanding or were very strict.

The causes are many and can vary incredibly from person to person. And, much like the various causes of atychiphobia, there can be many different symptoms that can be recognized as a fear of failure.
Atychiphobia Symptoms

The problem with any mental health issue is that the symptoms can be very different from person to person. With that said, there are some fear of failure symptoms that are more common than others. The person suffering from atychiphobia’s symptoms may start off as mental symptoms but can express themselves physically as well.

A person with atychiphobia will have a tremendous, irrational fear of failing. This fear can lead them down a different path, but often it can affect social and work lives. They will stay at work on a project instead of going out. Or, they may never work on projects because the fear of it failing is too great even to get it started. The project may be started and thrown out multiple times because it isn’t good enough. It all depends on the sufferer, and everyone is different.

There are other symptoms that are common among atychiphobia sufferers and can include:

These may come in groups and combinations. For example, it wouldn’t be uncommon to start with a headache, which quickly moves into rapid breathing and then a full-on panic attack. Or, you could start having nausea with the feeling of your stomach in knots and having to go to the washroom more often than usual. The important thing to remember is that atychiphobia will affect everyone in different ways.
Advertisement

To that end, there are some risk factors and complications that are also common with atychiphobia that you should be aware of.
Risk Factors and Complications of Atychiphobia

While the causes of atychiphobia may be unclear, there are certain risk factors that may play into it. There is some evidence that there may be a genetic component to it or even a combination of nature and nurture. If you have close relatives that have atychiphobia, there is a good chance that you may end up with it. But, it is unknown whether it’s due to genetics, learned behavior or perhaps a bit of both.

In addition to the risks, there are also complications. The problem with many mental illnesses is that they will feed into other mental health illnesses. As we mentioned earlier, the fear of failing is very close to the fear of rejection, and it isn’t uncommon for someone to have both. It is something akin to believing that if you fail, then you will then be rejected due to the failure. So, the two can then feed into each other.

Here are some other complications.

1. Social isolation
The fear of failure can often result in not dealing with anything or going anywhere. This can include social situations, work, and so on. Because of this, people living with atychiphobia may become socially isolated.

2. Depression
Because of the intense fear of failure, depression is a common side effect of atychiphobia.

3. Substance abuse
People living with atychiphobia can often turn to drugs and alcohol as a way to medicate and cope with their fear of failure.

4. Suicide
Due to the various symptoms and complications, those who suffer from serious atychiphobia may resort to suicide, feeling that it is the only way out of their situation.

As you can see, atychiphobia can have very serious issues that go with the condition. Luckily, there is help out there; you just need to seek it out.

There are different reasons why you may have atychiphobia, which means treatment is very specialized to the person as opposed to there being one simple treatment across the board.

With that in mind, there are three things that you need to know:

Treatment is available; you just have to be able to seek it out.
Treatment will only be successful if you put in the effort. You have to work at the treatment and make life changes to deal with your illness successfully.

Atychiphobia isn’t curable. The problem with a lot of people is they think that their mental illness can be cured. The truth of the matter is that mental illness can’t be cured. It can be controlled and maintained, but for the most part, it may still always be there. Which means you may slip, but if you have good control, you can bounce back.

Don’t Let the Fear of Failure Control You!

Life is worth living. There can be some horrible things about it from time to time, but for the most part, it’s worth being around. It’s a world of Jimi Hendrix, John Coltrane, and The Beatles.

Don’t let a fear of failure keep you from enjoying life. Find a therapist and start treatment. Life can be great; it would be a shame if you couldn’t be part of it.

Signs That Your Fear of Failure is Not Normal