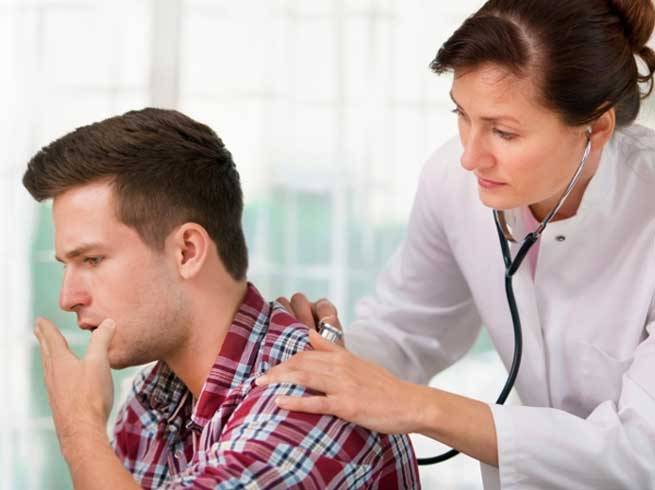 Tuberculosis is commonly called TB. The lungs are generally attacked in this contagious infection. TB can spread to other body parts like the spine and brain also. TB is caused by Mycobacterium tuberculosis, a type of bacteria. In the United States during the 20th century, one leading cause of death was TB. However, today, long term antibiotics are used to cure the disease. Medications have to be taken for around seven to nine months period at least.

Just like flu or cold, when the sick person sneezes, sings, laughs, talks or coughs, then the tuberculosis germs in tiny droplet form are released in the air. If persons in the vicinity have low resistance, they can get infected on inhaling these germs. Actually, it is not easy to catch the disease, but it is definitely contagious and can spread amongst people who work and live together like family members, friends and co-workers. TB germs are also transmitted by sharing a drink, food or shaking hands.

Symptoms of the disease include chest pain, bad cough, sweating during the night time, fever, tiredness, weakness, chills, sudden weight loss, coughing up mucus and blood and loss of appetite. If any of these symptoms arise, a doctor should be contacted right away for treatment, or else it could be fatal.

Latent TB and Active TB are the two forms of the disease. In the case of Latent TB, germs enter the body however the immune system disallows them from spreading in the body. However the germs are alive and could become active when body defenses are lowered. In the case of Active TB, germs multiply and the person becomes sick. Active TB can spread to other people.

To treat tuberculosis, medications are administered for about six months to one year. The patient must take medications as prescribed by the doctor so that he or she is no longer contagious.

Antibiotics are given to kill TB bacteria. Latent TB is treated with Isoniazid or Rifampin as preferred by the doctor. Active TB is treated commonly treated with Rifampin, Ethambutol, Pyrazinamide and Isoniazid. Besides these, other medications like bedaquiline, linezolid, capreomycin, kanamycin and amikacin are other antibiotic medications that may be given by the doctor.

How do you develop gallstones?

How do you make your hair grow faster